Out of all the Croatian islands, Vis is one of the furthest ones from the coast and the most enigmatic. The island was serving as Yugoslav military base in the recent history, cut off from foreign visitors from the 1950s until 1989. This isolation preserved the island from development and drove much of the population to move elsewhere in search of work, leaving it underpopulated for many years.

It leaves you breathless!

When you think about Blue Grotto, imagine the natural phenomena which will remain in your memory forever. 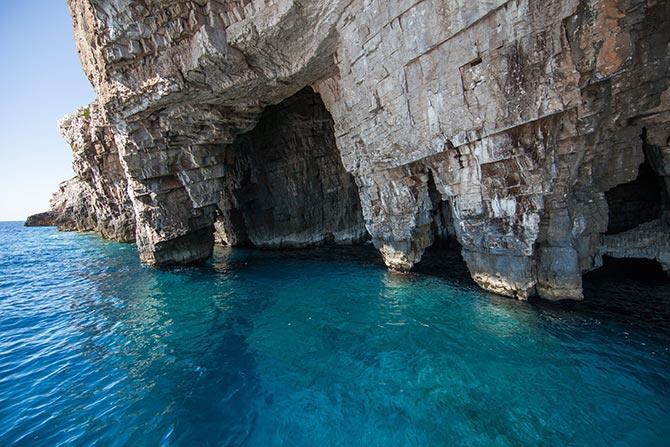 The Island of Biševo is 5 nautical miles from the town of Komiža (on Vis island), and it is best known for its rare natural phenomena, the Blue Cave.

The cave was first described by Baron Eugene von Ransonnet in 1884. On his suggestion, an artificial entrance to the cave was added from the outside, as before the only way to get into the cave was through an underwater passageway. Meaning, to get inside the cave, you had to dive into it. The Blue Cave is now a protected site, and there is an entrance fee required.

When is the best time to visit the cave?

It depends on the season, but the ideal moment to visit the Blue Cave is between 11AM and 12 AM. 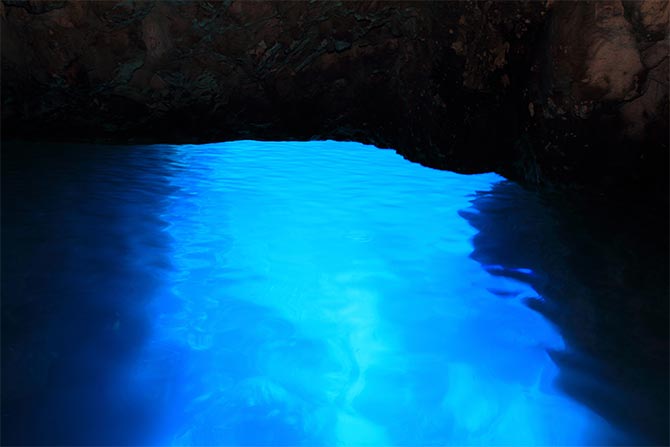 We are sure you have seen many pictures, and are asking yourself - how is this possible? The aquamarine light glowing effect is that beautiful because of the sun. When the sun’s ray enters through the sea they reflect off the limestone floor of the cave. The bright sun lights up the water, and the glowing ocean illuminates the cave walls a brilliant blue, creating an ethereal glowing blue grotto.

The cave was formed by the wave action of the sea, as sea water eroded the limestone rock of which the whole island of Biševo is composed of. The cave itself is 24 meters long, 10 – 12 meters deep and up to 15 meters high, while the entrance is 1.5 meters high and 2.5 meters wide.

The cave is visited by more than 10,000 tourist visits every year, and tourist boats often include a visit to another similar cave on the island, the Green Grotto - which is bigger in size and appears to be of an emerald-green tone due to a similar effect. 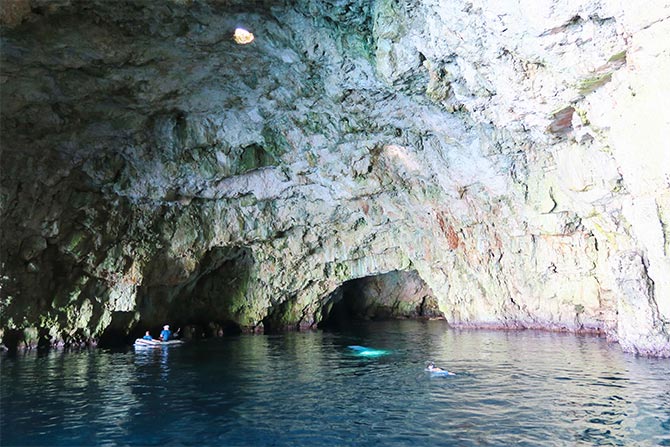 Green Cave is another natural phenomenon in Croatia, located on the islet Ravnik, on the southern side of Vis island. The color created in cave, comes from the green algae in the ceiling and walls of the cave reflecting down into the sea. The depth varies from 3 to 5 meters, so the boat can get in which is allows you to jump into the sea right inside the cave. When you dive in the cave - you can expect it to be dark, the only light is coming from the cave entrance, as the light beam is coming from the ceiling above. The color and light are a unique experience when snorkeling inside the Green Cave!