The National Park Mljet, located on the Island of Mljet, which is also known as the green island, is the first National park in the Adriatic. This fully Mediterranean island's shape was formed by sea currents, strong waves, and winds; thus, the structure of the island is filled with secluded bays, caves, rock, and steep coves. The sea, few different types of forests and lush diverse vegetation are all making this island’s hot summer air impeccable and easy to enjoy. The sea is warm enough to swim in, especially along the coast, in the bays and in the sea lakes.

Roads link all the settlements on the island, making it very easy to enjoy every road and corner of the island. 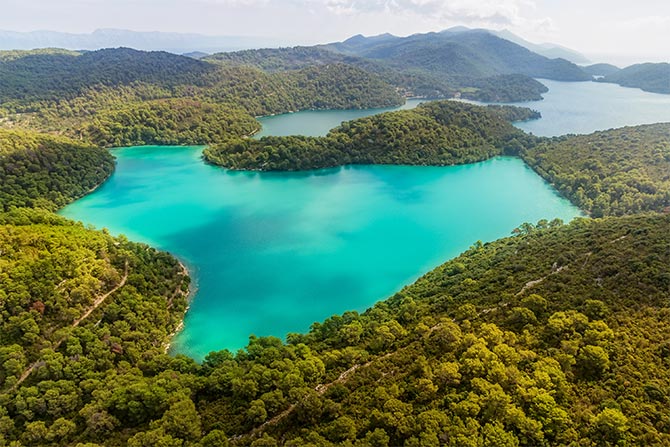 There are also four freshwater springs that never run dry on the island, as well as pool of brackish water, that were recognized as an important habitat on the European level. A barely visible narrow passage, called channel Soline, cut into the island letting the sea to enter the island, which resulted in creating two sea lakes in the middle of the Island of Mljet, called Veliko jezero and Malo jezero. The phenomenon connected to the Malo jezero is the fact that it is the only place in the Mediterranean where one can encounter dense population of the noble pen shell and whitings, which typically occurs in major tropical and subtropical climates.

At the entry to the Veliko jezero, the dynamics of seawater exchange resulted in the biggest Mediterranean colony of cushion coral, since the sea current changes it’s direction every six hours, between high and low tide, which is also a phenomenon of the global relevance. In the center of the Veliko jezero, lies a charming picturesque island called St. Mary’s Island, with the church and the Benedictine monastery dating back to the 12th century. These salty lakes are still not fully researched, their depths and the underlying system still hide many unknown facts, what makes them extremely attractive to scientists and nature loving visitors. 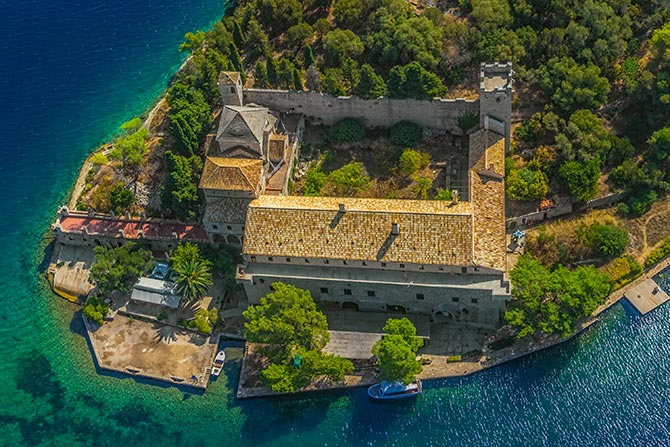 Beside lakes, this destination is very popular among tourists due to many other attractions, like well-preserved oak and Aleppo pine forests, cultural and historical heritage dating bac to Illyrians, Roman empire and the Dubrovnik Republic, distinctive plant and animal life on the island, scenic indented coast, cliffs, the Odysseus Cave, a breathtaking karst cavity ceiling of which caved in, many islets and other natural wonders that can be found in every hidden spot of the island.

Surrounded by the lush, fresh vegetation, networks of walking trails make exploring of the island enjoyably easy, either by foot or by cycling.

Karst Dalmatian fields and settlements built of stone, preserved nature and sea sites are perfect atmosphere for anyone who is seeking for a unique nature relaxation.